Remote work is in the news again. Oh, boy.

Contrary to common belief, the volume of face-to-face interaction decreased significantly (approx. 70%) in both cases, with an associated increase in electronic interaction. In short, rather than prompting increasingly vibrant face-to-face collaboration, open architecture appeared to trigger a natural human response to socially withdraw from officemates and interact instead over email and IM.

Why do we continually re-learn this lesson? It’s not like we have little data bemoaning the still-popular trend of “Open Office Plans”.

Surprise! Open-offices, primarily designed and implemented by men, are especially terrible for women, too:

It is high time that we consider how the open-plan offices might remove an element of control for the female worker who struggles to extricate herself from a predatory colleague or boss, to include the inability to shut the door on a harasser. Certainly the open space has proven for many women not to be the visibility-protected place many had intuitively assumed it might be. As Jillian Richardson notes, “…while replacing traditional offices may offer greater flexibility and opportunities to collaborate outside your specific field, they also offer few of the same protections associated with the traditional model.”

I’ll do the uncouth thing and quote my own post that I wrote back in 2012:

I interviewed at a company that had a giant office (imagine a hundred folks in one room) and one of their engineers proudly said: “We have a generous work from home policy. I love it because I can never get any work done around here!”

I think it’s because most managers – and more founders – lack any particular background in management fundamentals (no, not a MBA). And there’s no real ongoing requirement for a manager to continually “grow” like they expect their individual contributor reports to. When was the last time you saw a manager’s KPI or OKR focused on “do management research” or “read a Deming book”? Yet, we expect – nay, force – programmers to continually learn, participate in open-source on their own time, and generally jump when we say jump. So, we get a lot of managerial superstition and intuition not borne out by the data.

But that’s a story for another day – I’ve been working remotely, in some fashion, since 2011, and in fully-distributed companies since 2014. Remote work has been growing in popularity in the last decade, and I came across The Remote Only Manifesto (posted to Hacker News).

There are a lot of really good reasons for a remote-only company. Of course, I don’t begrudge people that like working in an office. If that floats your boat, great! I just question the current superstition of “we must organize all companies this way, by default”.

I’m more productive at home: I can setup my workspace however I want for optimal productivity without loud conversations constantly disrupting me. I don’t waste hours a day, 52 weeks a year, driving (side effect: less miles/depreciation on our cars!). Whenever I take a meeting downtown and sit in the 30-60 minutes of traffic (each way) I silently say to myself: Never Again.

I also get my weekends back – I can mow the lawn whenever it’s the best time (that might be on a Tuesday at 10am). I can do laundry throughout the week. I can go grocery shopping when almost nobody else is, and get out of there in far less time than during the rush. My weekends are free of common household chores that most other people don’t get to during the week.

These reasons pale in comparison to the biggest reason why I work remotely – that would take a significant pay multiple for me to work 9-5 M-F in an office again: family. I can pop downstairs, whenever I want, and engage with my spouse/kids. I can have lunch with them. I can play with them. My relationship with my kids has vastly improved and grown since I stopped working in an office.

That? That I wouldn’t give up for almost any amount of money. Not everything is – or should be – about increased productivity. We work to live, not the other way around. In 50 years, I hope we look back at the 9-5 “everyone must be in the office” trend as inhumane.

A few days ago I came across this article from Indiehackers (a really cool site!) called “How to Come Up with Profitable Online Business Ideas”. It’s basically a giant list of folks that built something describing their process, which I guess is helpful to some degree, but ultimately feels like it misses the mark.

Interested in building a startup, or starting your own small business to make money on the side? Learn by example from dozens of entrepreneurs who share how they came up with great business ideas.

Immediately we’re missing the mark here – almost all of the quoted entrepreneurs with substantial revenue never sat down and said “What should I build? I have no idea!”. Breaking down the data, I calculated there were 15 entrepreneurs with little or no “domain expertise” (e.g. they sat down and said “What should I do?” or had an “Eureka!” moment) and 17 with substantial domain expertise (worked in the industry for a while that spawned the idea, etc.).

Breaking down the data, we see:

This is not a particularly scientific analysis but it does illustrate the point – if you’re sitting around going “What should I build?” you’re setting yourself up for failure. The pain should be obvious if you have expertise in a field.

For a B2B SaaS company, the easiest/most likely1 algorithm to succeed2:

I recently had some time to myself (a rarity nowadays!) as I was doing a few transcon flights, so I picked up the new book on Theranos (Bad Blood: Secrets and Lies in a Silicon Valley Startup). I just finished the book – it’s a great read with a lot of interesting, painful lessons.

Silicon Valley’s VC “Cult of Personality” venerates the unstoppable, delusional young founder that builds the next Facebook when all the data shows us that – generally speaking – entrepreneurial success comes from knowledge, skills, and experience. Repeated studies1/data2 show that the average age of a successful startup founder is closer to 403 than 20.

I mean, sure, you can bang your head against the wall and build a web app in your dorm room and be the next Facebook. And yes, there are classes of problems that are fundamentally doable and if you want it done faster/cheaper, hiring a 20-something founder to work on it 250 hours a week will get you there. But Medical/health/devices are not that class of problem. I’m as startuppy as they come, but we’re talking about folks’ health and lives here. Moving fast and breaking people is a bad idea.

Wisdom is what separates someone with an idea and someone who will actually be successful. Theranos was the equivalent of “I have a dream of perpetual motion” and then investors going “wow that dream is great and you’re so passionate about it here’s $1B!” Theranos played to the worst of VC “we invest in people not ideas” trope, exploiting all the cognitive biases we see in investment disasters: FOMO, authority bias, similarity bias, ineffective oversight, and ignoring dysfunctional leadership/founders.

Fear of Missing Out

Walgreens got burnt to the tune of $140m after it turned out Theranos’ tests didn’t actually work. Walgreens is quoted in the book:

“We can’t not pursue this,” he said. “We can’t risk a scenario where CVS has a deal with them in six months and it ends up being real.”

Successful entrepreneurs use FOMO strategically to drive up value – either in a fundraising round or in selling the company. By leveraging loss aversion, Theranos was able to get Walgreens and Safeway to sink vast sums of time and money in partnerships that failed.

Who thought it was a good idea for a 19 year old to control a billion dollar company? Someone who was living with/in a relationship with the company president? 5 Where was the board? How did they get played so bad as to give Elizabeth complete control of the company? Why did the investors let her pack the board with irrelevant but influential people? 7

Did it have something to do with Tim Draper being a neighbor of Holmes?8

By all accounts, Holmes and Balwani were terrible managers and ineffective leaders. Theranos hired amazing, smart people, and then fired them when they dared to claim the emperor had no clothes.

The biggest problem of all was the dysfunctional corporate culture in which it was being developed. Holmes and Balwani regarded anyone who raised a concern or an objection as a cynic and a nay-sayer. Employees who persisted in doing so were usually marginalized or fired, while sycophants were promoted.

they summoned the staff for an all-hands meeting in the cafeteria. Copies of The Alchemist, Paulo Coelho’s famous novel about an Andalusian shepherd boy who finds his destiny by going on a journey to Egypt, had been placed on every chair. Still visibly angry, Holmes told the gathered employees that she was building a religion. If there were any among them who didn’t believe, they should leave. Balwani put it more bluntly: Anyone not prepared to show complete devotion and unmitigated loyalty to the company should “get the fuck out.” 6

Requiem for a Dream 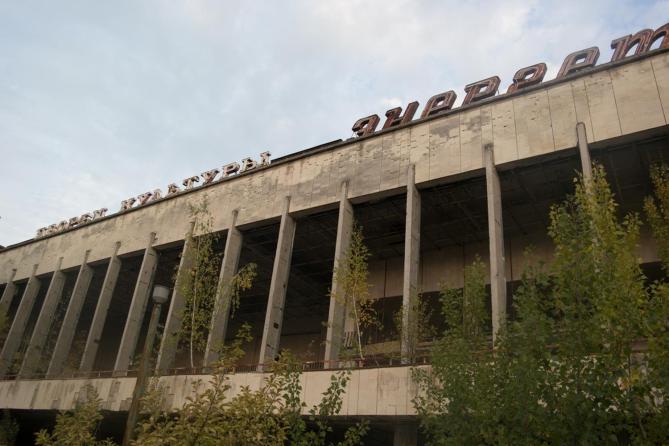 It doesn’t appear Theranos is going to exist much longer9. Holmes and Balwani may still face criminal charges; in the least, I sincerely hope they never raise any money, nor hold a position of power in any company ever again.

I hope that this event will cause investors to sit back and consider why they got played, but I doubt they will. There’s so much money sloshing around in Silicon Valley4 that it’s better to lose $100m shooting for $100b than it is to not play at all.